Celebrating 200 years of US-Colombia relations at the Kennedy Center

In June 2022, Colombia and the US celebrated the 200 year anniversary of both countries working together. The Colombian Embassy in DC hosted an event at the John F. Kennedy Center and Alexandra Tracy, Colombia RPCV (2016-2018) and dual US-Colombian citizen, was invited to dance at the event. Below is her account of the night:

“As an empath and an energy worker, I have not shared enough about my experiences with energy while entertaining/dancing, but I have to this time. It’s fascinating to me to dissect the term ‘star struck,’ the excited feelings that surge after meeting a celebrity but also after experiencing an unexpected event such as this one.
I’ve never interacted with someone famous in my life, I’ve only seen ‘stars’ from afar, as in performing on stage or spotting them doing something mundane. This event celebrating Colombia-U.S. relations was out of this world surreal for me, mostly because I had no idea there would be more than politicians present, but also because I work in international relations during the day, and just got my Colombian citizenship 7 months ago. Wilmer Valderrama approached us, and I can’t help but analyze what I saw and the physical sensations I felt. 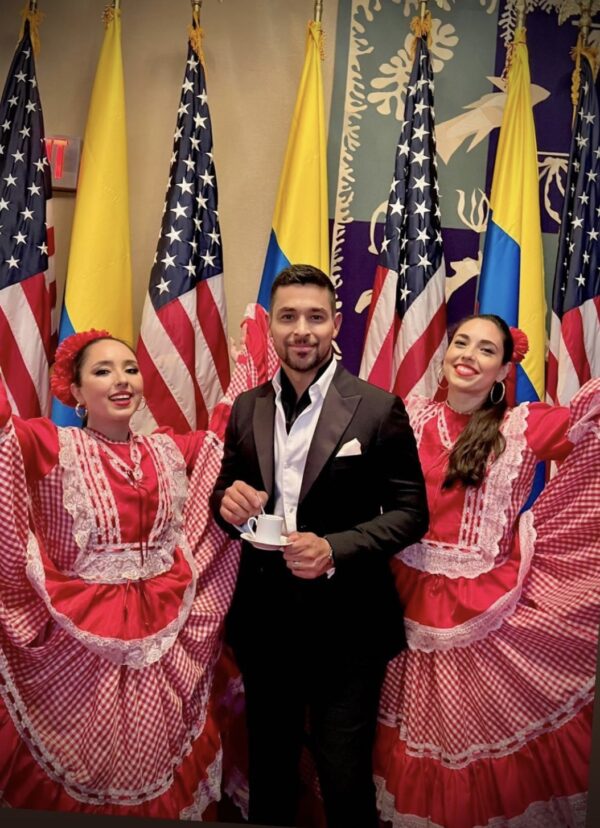 Part of passive energy work means being hyper aware of your body, how you’re feeling, visions that appear, and properly processing the experience with time. The second Wilmer approached, and I realized who was in front of me, the shock and the nervousness undeniably hit. But what was remarkable to me was how much Wilmer’s aura sparkled and illuminated. I’ve seen this vaguely from afar from many performers, famous or not, and it was increíble to see and feel that up close and intense. I got so nervous and frozen by how overwhelming his energy was, that I could barely talk. I don’t think I properly said ‘hello’ or even ‘thank you’ after our photo op. All I remember being able to say was ‘ca….can we please take a photo with you?’ 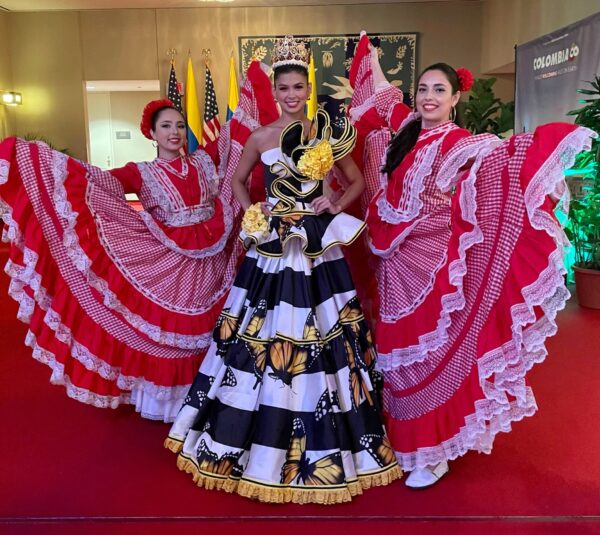 Anyway, I was completely off and nervous the rest of the event. I’m almost never nervous to perform because I feel so natural and at-home doing it, so I was frustrated. Then I ran into the Colombian Carnival Queen, found out the rest of the cast of Encanto was present, and I almost lost it. I had no idea any of this would be at this event. I truly wish I could have seen the actual show, but maybe I would have fainted.
Over a week later, and this event left me sleepless, I feel THAT overwhelmed in excited disbelief from it. I was in a dream state, dumbfounded by the fact that several of my daily affirmations had manifested into something greater than I had asked for. I had to frequent clearing and grounding meditations in nature because the continuing ‘energy surge’ was causing extreme anxiety I don’t normally feel preventing sleep, work, or relaxation.
Finally, I’m not trying to promote idolizing famous people, they are human just like us, but something about their energy undeniably attracts spotlight. Moreover, I want to encourage observing your intuition on interactions and experiences, giving thanks for manifestations, and making sure to cleanse your energy often after something like this, especially if you’re an empath and ‘sanadora de energía’ like me! Has anyone else experienced something similar with a ‘star’ or an overall surreal event?” 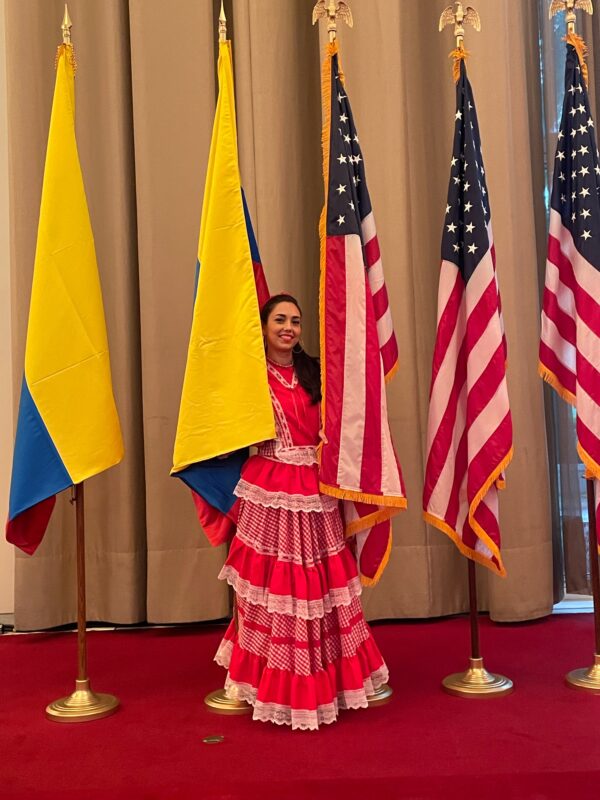