Over the past several decades, human activity has led to progressive environmental deterioration in the Sinú River Basin. Overfishing, the drying of swamps, and hydroelectric projects are just a few of the activities disrupting the river’s natural flow. On top of this, there is little environmental consciousness in the area that could lead to community mitigation efforts.

While large-scale climate change trends are more difficult to overcome, localized mitigation actions can be executed through increased awareness of caring for natural resources. Specifically environmental education among children, starting in the early years, equips local populations with the awareness, knowledge, interest and personal investment to inspire pursuit of a more harmonious relationship with the environment.

Cooking with Care made a triumphant return in August 2021 to raise funds for Los Peces Cuentan, a small community group working in Córdoba, Colombia. Two FOC members, Chef Carmen Galvis and Chef Jeremy Booth, led a virtual cooking class where they taught participants on Youtube Live how to make Frijoles Antioqueños. Funds raised during the class supported Los Peces Cuentan in delivering workshops based on the children’s book Chico y Proqui, authored by the organization founders, to bring awareness about environmental conservation to kids and families living in and around the Sinú River Basin. 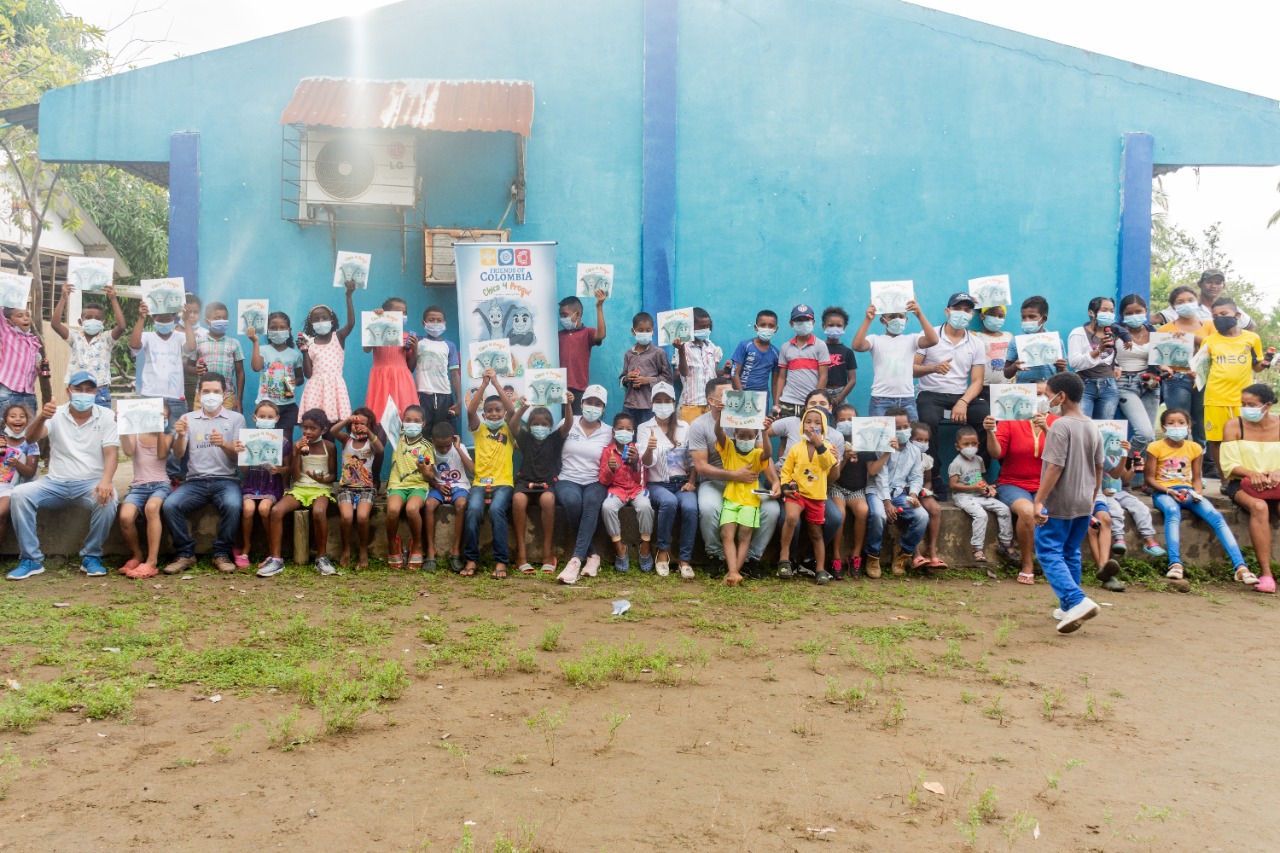 Los Peces Cuentan delivered 5 workshops from September to November 2021 to different communities that rely on fishing and other aspects of the Sinú River. Approximately 300 children attended the various workshops which used Chico y Proqui, an adventurous tale of two endemic fish combatting local issues such as climate change and overfishing, to demonstrate the importance of civic engagement in environmental protection efforts. Copies of the book were distributed to the schools and community centers where the workshops were held, ensuring sustainable community investment in the conservation of the environment.

“Reaching the riverside communities of the lower, middle and upper Sinu River, with the canoe full of illusions, knowledge, and self-recognition, where Chico and Proqui showed each child the importance of conserving natural resources, is a priceless task. Thanks to FOC for making this possible.” Lenys and Harold.