This story originally appeared in the 60th Anniversary Exhibit for the Museum of the Peace Corps Experience.

Cartagena has always been a place of contradictions, a city of magical realism. The poorest city in Colombia, yet also the epicenter of luxury and wealth. Sometimes, while traveling between the city and my Peace Corps site in Manzanillo Del Mar (a fishing village of 1,200 established by escaped slaves) I had a feeling of whiplash. Once an enclave on the far side of a mangrove lagoon, Manzanillo was now faced with rapid development. Gated communities, international schools, and resorts were springing up on all sides, threatening the original settlers’ way of life.

While teaching English in the primary and secondary school, I thought about how I wanted to spend my off-work time at this site. Manzanillo was fighting to preserve its culture – and telling the story of this struggle through photography could be a powerful creative outlet for my students. 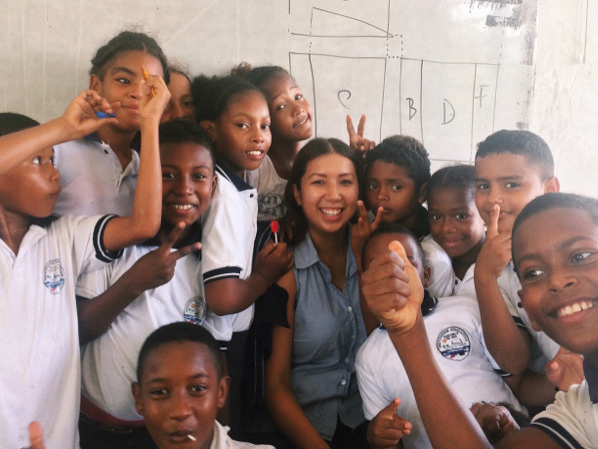 As members of a primarily Afro-Colombian community, the people of Manzanillo were extremely proud of their ethnic heritage— even more so, it seemed to me, than in other communities within Colombia. I wanted my students to grow up knowing that their stories were unique and valuable, even amidst encroaching developments as Cartagena’s wealthier residents moved into the area.

A few years prior to my arrival, Outside The Lens (OTL), a non-profit group located in San Diego, CA, had donated a dozen digital cameras to then Peace Corps Colombia Volunteer Alli Spring (2012-2014). OTL developed the curricula for photography workshops focused on self-expression, showing students how to capture daily life in their homes and villages.

My efforts in Manzanillo began in September 2016, but other PCVs set up photography workshops in their own sites. We passed the cameras along every month or so to the next volunteer that wanted to get involved. The amazing artistry produced in these workshops is on display on the Outside the Lens Colombia website. 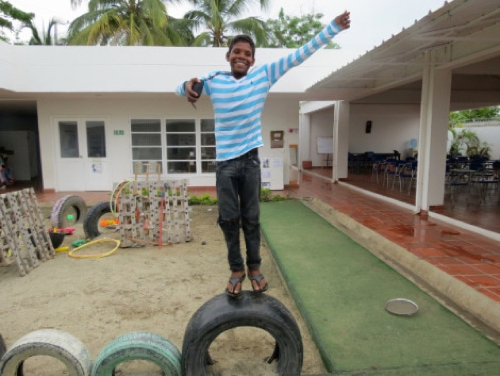 Sometimes the story behind a photo is as powerful as the image itself. Luis Mario, my most enthusiastic attendee, said he hoped to become a visual artist when he grew up. Several months later he was part of FOTO Colombia, the culmination of these workshops that brought together Colombian and American teenagers in a week-long camp to focus on peace-building and reconciliation. The 2016 Colombia Peace Deal with FARC had just been signed 6 months previously and the collaborations between the Colombian and American teens produced some moving photography and stories (see here). 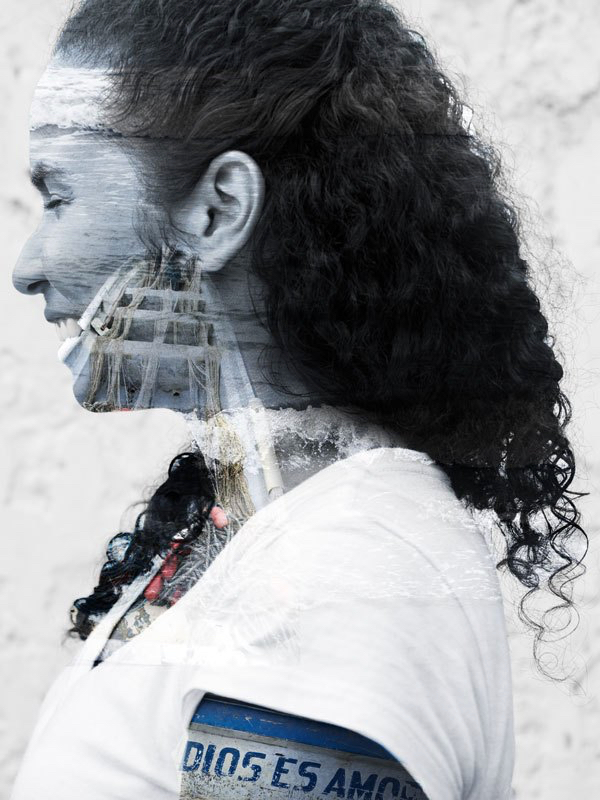 My closest friend in Manzanillo, Saray, was the perfect symbol of a Manzanillera who used her challenging upbringing as fuel to tell stories that mattered, stories that you couldn’t look away from. After I completed my service in Colombia, Saray became an advisor to the Minister of Interior for Afro-Colombian communities. It is people like Saray and Luis Mario that will demand their stories be told as they fight to preserve the rich culture and history within their communities.