Peace Corps Director Carrie Hessler-Radelet presided over a festive 25th anniversary celebration of the Peace Corps in Colombia at the Hotel El Prado in Barranquilla on October 21. An outstanding exhibit chronicling the early years and latter years– separated into those who arrived in country between 1961-81, and the latest group who began again in 2010—was also on display throughout the ballroom with about 150 attendees. 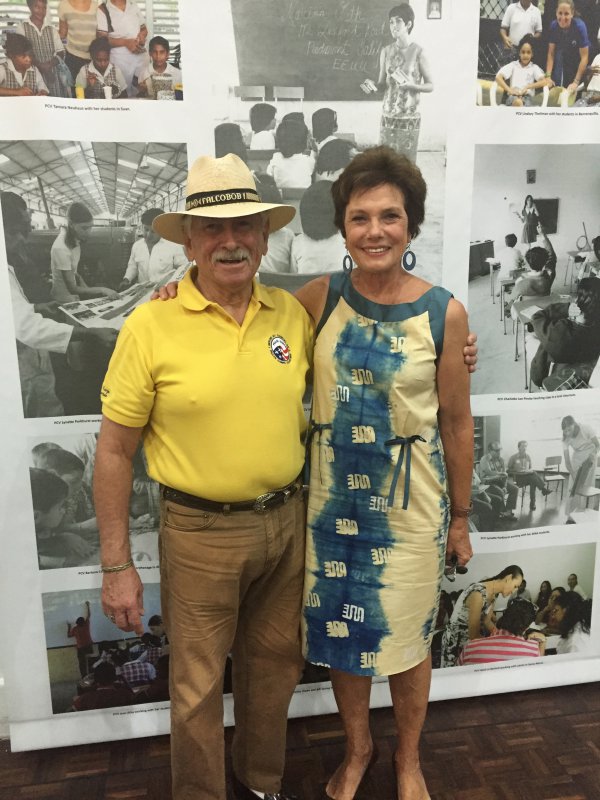 About a dozen elders from the early years traveled to Colombia for the anniversary and each early volunteer present was called to the stage by Carrie Hessler and presented with a special pin. “Flaco” Bob Arias won the unofficial distinguished service award for having served five different times in the Peace Corps, once as a Colombia volunteer tk date, once as a Colombia Response Corps volunteer tk date, and as a Country Director in three different countries in Latin America. The older volunteers took great delight in trying to recognize one another in the old photos while younger volunteers took selfies in front of the exhibits. Between speeches by Hessler, the Secretary of Education of Atlantico State, current Peace Corps staffers and the Deputy Chief of Mission of the US Embassy in Bogota, videos showed Colombians who work with current volunteers expressing their gratitude for the contributions that the Peace Corps continues to make in Colombia.

The grand finale was a series of amazing Costeño musical performances in both song and dance—a mini Barranquilla Carnaval. Seeing those colorful performers made it hard to believe that today in Colombia the number one mission of the Peace Corps is “safety and security.”