A Man and His Animals 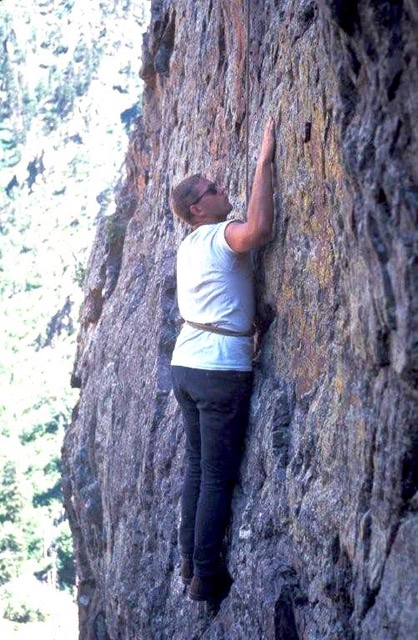 Many consider the Peace Corps Volunteers pseudo-hippie idealists who don’t accomplish anything. When I arrived in Bogotá in September, 1964, I had no idea where I would be sent. I had just completed training at the University of New Mexico in Albuquerque, NM and it was very rigorous. It included Outward Bound type activities which meant we had to rappel off of cliffs, climb back up, and spend three days in the wilderness with a map and a compass.

In my cohort, 75 were invited to the training and only 25 were selected to serve on a solo assignment in rural Colombia. I was assigned a remote village called San Juan del César, in the Department of La Guajira, even though no one in the Peace Corps had ever been to the village and the people there had no idea that I was being sent there. I was given a plane ticket and first flew to Barranquilla and then took a DC-3 to Riohacha, the capital of La Guajira. The plane landed on a dirt landing strip in a cloud of dust. No one was there to greet me so I hiked to town and went to the beach to try to find a place that served food. Their specialty was turtle soup, but there was no refrigeration so I wondered how they kept the meat fresh. Then I looked around and turtles had been captured and were turned upside down with their legs flailing struggling trying to turn themselves over. Whenever more meat was needed, they just killed a turtle and made soup. There was no ice so I drank a warm soda. After the meal, I then hiked out of town to hitch hike to my village, two hours away on a dirt highway. 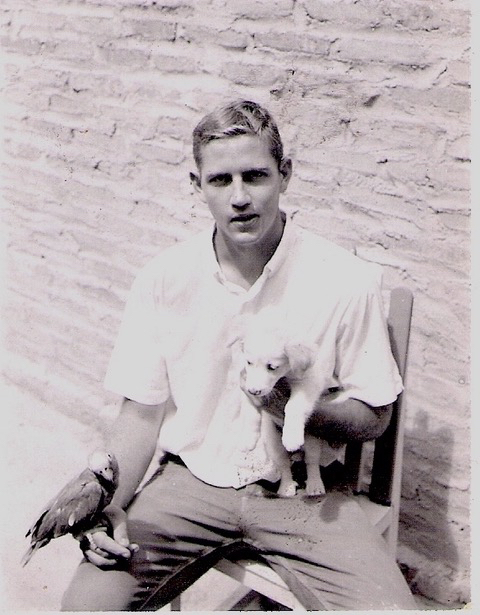 Waiting on the side of the road, a driver of a flatbed truck pulled up and a passenger in a National Police uniform asked me where I was going. I told him that I was going to San Juan del César. He responded that he was the alcalde and told me to jump up on the flatbed for a ride. I grasped the bar over the cab and held on for my life as the driver raced down the highway with dust flying in my face the entire time. Finally, it stopped beside a small plaza on the highway and I was told to get off and they drove off. I jumped down and there was so much sand caked to my eyelids that I had difficulty opening my eyes. Since no one from the Peace Corps had ever been there, the people had no idea who I was or why I was there. I’m 6’4” with blue eyes and blond hair so needless to say, I attracted some attention.

I had no idea where I was going to live or where to eat. A man came up to me and told me the he worked at the agropequária office. We first stopped to buy a “hamaca” and some rope. He told me that I could sleep in it behind his office. I did that for several weeks until I found a boarding house run by a family. Since there was no electricity or running water, I occupied my time with my pets. Even though I was supposed to work in San Juan del César, I was also supposed to organize communities outside of the town in remote villages. We were not allowed to have a vehicle so I bought a horse. 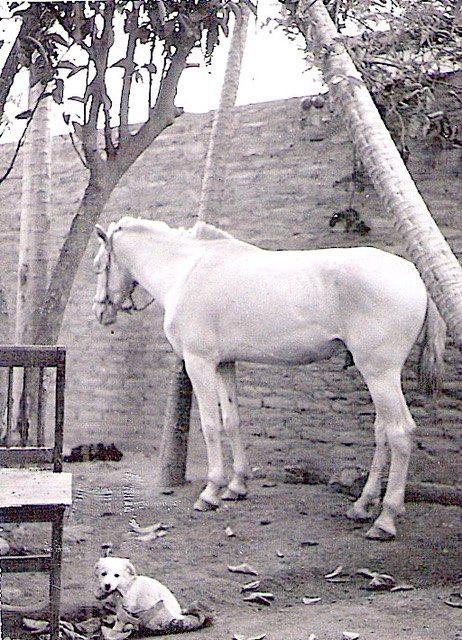 I never had any visitors and, at one time, I was the only PCV in La Guajira. The town I was assigned was run by the aristocracy of the town who lived in nice houses surrounding the central plaza and were in complete control. They even had a Lions Club there. They did not like the fact that I was there to organize community members to work on self-help projects that would benefit the community so I did not get any support from them.

One day, a man showed up at my place in a Jeep. He told me that he was the Corregidor of a nearby town called Distracción and had heard about me. He asked me to go there and that he would provide me with housing, food, and all of the support I needed. I didn’t ask my Peace Corps Leader or anyone affiliated with the agency and left the very next day. I lived with him, his family, and their five children. I was able to organize community members to build a school, dig a water well for the community so that they didn’t have to go to the river to get water, and I got the nearby National Police Base to provide equipment to level some land for a soccer field.

Volunteers helped with that project so that the community members could play soccer whenever they wanted. I also rode my horse to outlying villages, gave them seeds provided to me by CARE, and taught the people how to start home garden projects. When my contract was over, I liked living on the coast so much that I cashed in my plane ticket home, bought a used motorcycle, had it shipped up the Magdalena River to Santa Marta, took a bus over to get it, and then used it while I was Director of Student Affairs and Cultural Activities at the Centro Colombo Americano in Barranquilla where I lived for 6 months. I even had a weekly radio show to promote our classes and cultural activities.

I rarely had an opportunity to speak English during my Peace Corps experience, I lived with families and only spoke Spanish during my assignment. As a result, I ended up fluent in Spanish and decided to return to the University of Oregon and get a B.A. in Spanish and a teaching credential. That led to a career as a Spanish teacher so I’m very grateful to had the experience of a Peace Corps Volunteer.